What is it about Hajime Sorayama’s art that is so universally appealing? Is it the eroticized forms of expression or his wondrous imagination and impeccable skill?

Well, to put it like this – Sorayama‘s art has a great physical and aesthetic allure, making him truly a master of his domain. It is like Hajime Sorayama’s art is scratching us right where we itch. His majestic artworks give some sort of value, both in the minds of spectators and art appraisers. Sorayama’s art at its best is a genuine, richly fascinating contemporary Japanese art form with an exceptionally appealing visual style. The father of the sexy robot revolution, Sorayama’s extensive oeuvre spans over 40 years. His impeccable airbrush paintings and hyperreal illustrations rightfully made him a pioneer of the sci-fi erotica genre.

“By contrast, superrealism deals with the technical issue of how close one can get to one’s object”

Now, let’s take a bit of a deeper dive into the hyperreal universe of Hajime Sorayama, and examine some of the ground-breaking artworks that made him so popular and one of the most sought-after artists.

“A friend of mine, the designer Hara Koichi, wanted to use C-3PO from Star Wars for a Suntory poster presentation. But time was short and there were problems with copyright fees, so I was asked to come up with something.”

From that moment on, Sorayama was changed in a deep and profound way front that day forward. And the rest was history. The world was immediately obsessed with his astonishingly beautiful creations.

Today, we have some of the best artworks of humanoid robots that explore ideals of femininity and beauty. The finest example of how Sorayama is changing the art world is “Floating Sexy Robot” an art sculpture embedded with an NFC (Near-Field Communication) chip that could basically change ownership for his fans and the next generation of art collectors.

After Hajime Sorayama has conquered the world with his sexy robots drawings and statues, the next biggest thing in the art world was a collaboration with Medicom Toy to produce some of the most desirable Bearbrick figures. These unique Bearbrick figures have made a gigantic success, instantly becoming highly coveted collectibles.

At today’s art market, Bearbrick figures made by Hajime Sorayama have earned a reputation among art dealers and toy enthusiasts for not only being must-haves but for fetching high prices on auction blocks and resell sites as well.

The exceptionality of Sorayama Bearbrick figures is praiseworthy and remarkable, rapidly becoming sought-after art pieces. These figures are one of the most sought-after art collectibles, and owning them is a status symbol unto itself.

Sorayama Bearbrick figures are the world’s most exciting, exclusive, and extravagant toys, and as such are destined to end up in fiercely guarded private collections. This retro-futurism, cyberpunk art, robot art by Sorayama x Medicom Toys introduced a whole new fan base to Sorayama that catapulted him from underground legend status into the mainstream.

“Unlike art, illustration is not a matter of emotion or hatreds, but an experience that comes naturally through logical thinking.”

The amazing world of Hajime Sorayama is much more than sexy robots and Bearbrick figures, it is also about hyperreal robotized terrestrial and aquatic animals that blend together fine art and industrial design. One of the first and most popular animal robot designs was the legendary Sony robot dog AIBO, where Hajime Sorayama was enlisted to create the initial designs for the AIBO’s body. This robot dog is now included in the permanent collections of the Museum of Modern Art (MOMA) and the Smithsonian Institution.

“I first drew a man and robot dog, and then I drew the sexy robot”

Through his accurate modeling ability and fine metalwork, Hajime Sorayama not only recreates the vigor and imposing manner of animals but also activates static sculptures with a dynamic scene, thus showing its surreal vitality. One fine example of his majestic mechanical animal artworks surely is the shark robot. With its enormous size and razor-sharp teeth, this deep-sea shark is usually perceived as a human’s enemy; nonetheless, this extraordinary shark by Sorajama is aspired to become a unique bookshelf.

With all that being said, it’s no wonder why Hajime Sorayama is one of the most sought-after artists. His legendary and extensive oeuvre that underlines an ongoing pursuit for beauty in the human body and the machine has changed the course of both art and robotics. Whether if it’s a drawing, sculpture, Bearbrick figure, or even some stylish designed household item, Sorayama’s work has great value in the contemporary world and in years to come.

“Art is supposed to surprise and shock, and the easiest way to do that is by breaking taboos” 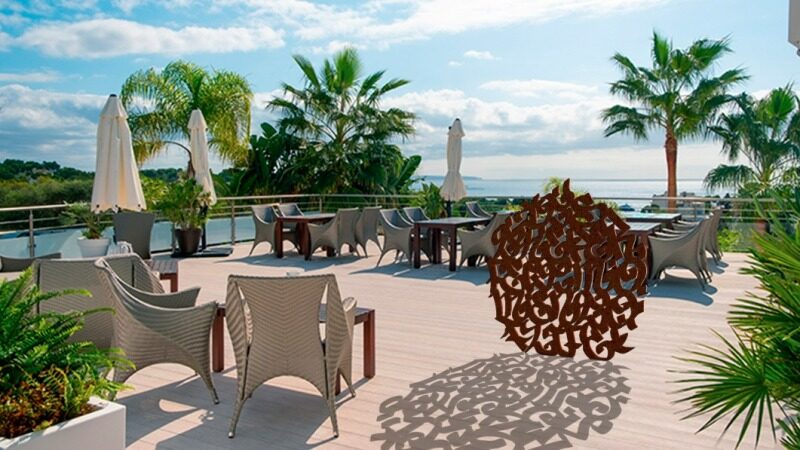 10 Urban Art Artists From Mallorca to Watch and Collect