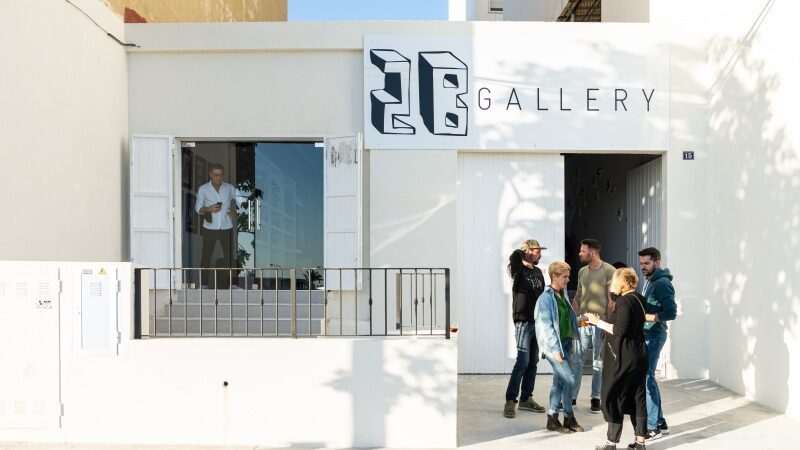 2B Art Gallery - One of the Biggest Art Galleries in Mallorca 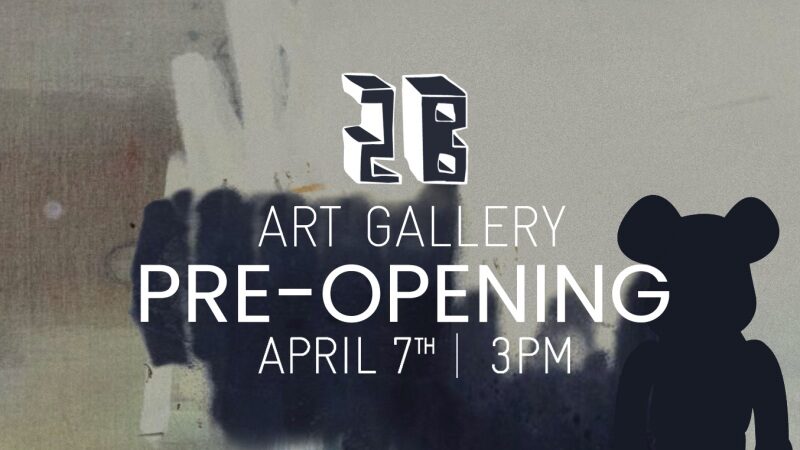 What a year! Seriously.

The pandemic put us on a roller coaster in 2021, no doubt about it. We’d learned to live with a pandemic, more or less, but it was taking its toll and some of us didn’t know how much longer we could keep it together. New vaccines spurred optimism and reopenings, but immunization efforts were plagued by misinformation and shortages. As the rhythms of daily life return, the virus remains a threat even in its third year. But we are not here to talk about that. We are here to talk about art in 2021.

Art has the power to move people and offer new experiences. Art presents reality in a way that may change the vision and perspective of the audience towards the world. By offering a unique way of understanding the meaning of life and how beauty and pleasure could be part of existence. It combines the imaginary world with reality and encourages people to change their thinking and perceptions. Good art has the power to engage with the world to change the world. And good art is all around us. Don’t believe us? Well, see for yourself.

Now that we are in 2022, let’s take a look back at that artsy stuff we did in 2021. We are here to remember the most positive and beautiful things of 2021, to talk about art, to recall some exhibitions, parties, and much more. Here is our year in pictures. Just enjoy the show.

January was the official new beginning for us. We started from scratch everything. Setting up new space, moving and decorating walls, quite an adventure we can tell you that. And now, 12 months later, our Facebook page has over 18k followers and art lovers, while on our Instagram page after 600 posts and thousand stories, we have collected the same core of urban art collectors and fans.

February going too fast? It surely did for us. We were just too busy setting up the new space, gathering art & toys. Lots of unboxing and unpacking, tons of Bearbrick figures need a place on the shelves.

March on Majorca looks lovely, especially when you have the right Bearbrick by your side. Actually, March flew by so fast, we couldn’t even unpack and organize so many paintings and art toys (not that we are complaining, too much art is never enough).

Welcome Spring – Majorca already looks like the summer is about to set its foot in no time. While thins were slowly cooking, we realized we need a new, better-looking website. Challenge accepted. Easy peasy. The new website was launched, and we love it so much. Lots of new Bearbrick arrived at the gallery (we couldn’t be happier).

This month was literally blooming. And so did we. After the very successful press conference, we started the preparation of our first group exhibition. Truth be told, it was quite a challenge. But when we look back, think we nailed it.

Ahh, that June. This month was marked by the fabulous group exhibition “Cross The Line” with four remarkable urban artists: Nick Walker, Ben Eine, El Pez, and Dotmaster. We honestly had a blast. And the best part is that Ben Eine and Dotmaster painted their astonishing murals around the gallery. Of course, we have to mention the launch of our first NFT works of which are we so proud.

After that major success in June, it was only natural to go with the same flow. July was marked by five flash exhibitions (each one a week) by Lucy Sparrow, Nick Walker, El Pez, Javier Garlo, and Ruth Minola Scheibler/Gracia Ribalaiga, with some tasty dinners and lots of cocktails and DJ parties. We also had a new print release with Nick Walker and El Pez, who have painted a couple of new murals around the gallery.

August was lit. We had another round of flash exhibitions with some new faces from the world of urban art. Setdebelleza, Ben Eine, Twoflü, and SheOne nailed it. And while Ben Eine was here, he decided to make another special mural for us. This time he painted in the room of our hotel. Can’t beat that, right?
We also had a new print release with SheOne, who left his personal signature mural at the hotel, and a special guest – El Pez popped by to paint some murals around the gallery and hotel.

Another month of art awesomeness at 2B Art & Toys Gallery full of limited edition art prints, exhibitions, and murals. At the beginning of the month, we had The London Police (art exhibition, print release, and murals painting) which was truly spectacular. Then we decided to throw something truly impressive to close the summer season – One big group exhibition “Crew on View” featuring Joan Aguiló, Carolina Adán, Abraham Calero, Javier Garló, Gràcia Ribalaiga, Ruth Minola Scheibler, setdebelleza, and TwoFlü. It was really one kick-ass exhibition. And hey, there were also 2B Limited print edition releases from Setdebelleza. Great month overall.

In October, the “Crew on View” group exhibition continued with new artworks and paintings every week. And hey, did we mention that the famous street artist Nerone came to do a mural around the gallery. It’s fabulous. In a snap of fingers, October was gone with the wind.

In November, we had to say goodbye to Iberostar Grand Portal Nous Hotel and Astir Restaurant till the next spring. But for us, the festive season was approaching so fast – From Thanksgiving day and Black Friday to Christmas and New Year. So, we had to carefully pick art & toys for our Christmas section. Lots of new art came, lots of new Bearbrick figures were unpacked, lots of stuff was going on in November. And the cherry on the cake was Nick Walker‘s new astonishing paintings which have arrived at the end of the month.

The month of joy, happiness, and to finish what we started. Time sure flies when you are surrounded by great art. Our Christmas section was blooming, music was always in the air, all-around great vibes in every corner, on every step. When we look at the year behind us, we did accomplish a lot. And the best is yet to come. Truly wonderful things are coming in 2022, so stay with us and remember to keep on rocking in the free world ❤️ 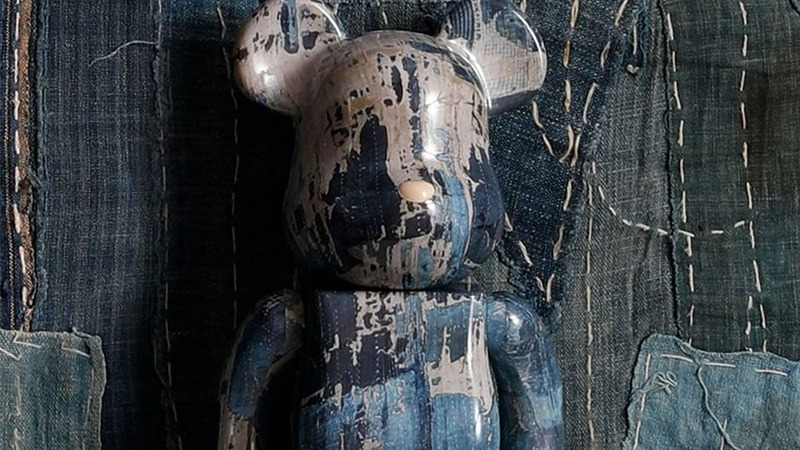 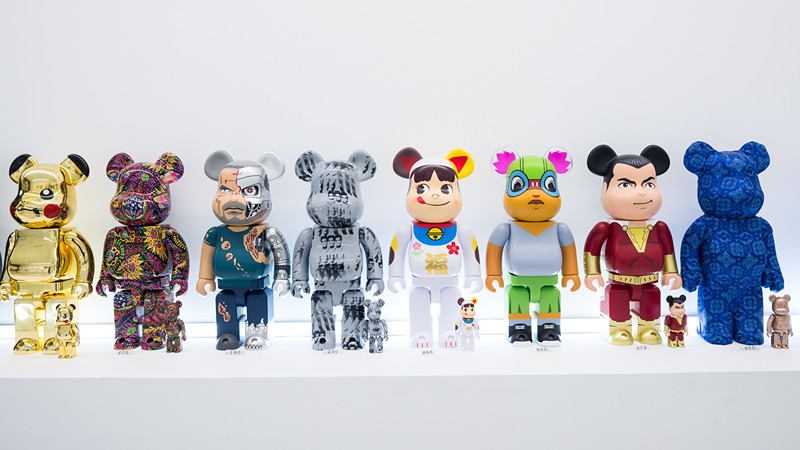 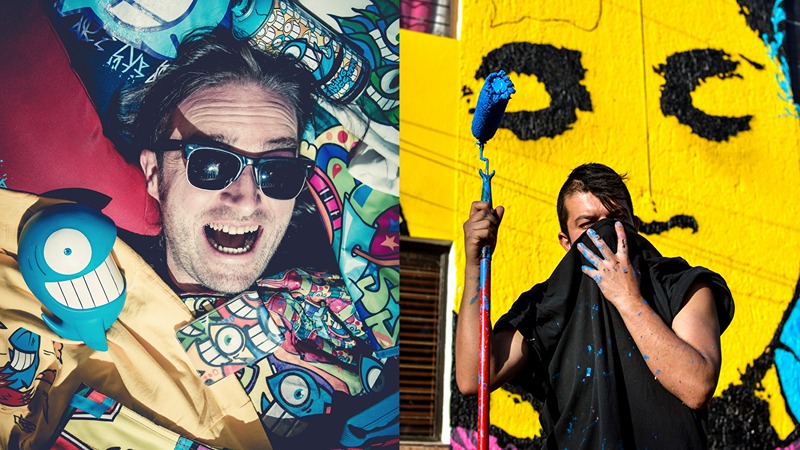